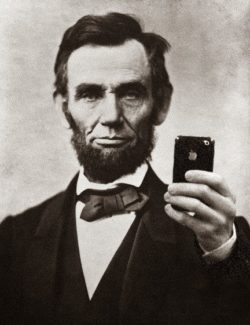 Have you ever encountered a meme with an ominous quote with attribution to an author that never actually said it? For example, did you know Albert Einstein never actually said, “The definition of insanity is doing the same thing over and over and expecting different results?” At best, it can be attributed to the Narcotics Anonymous “Basic Test” from November 1981. 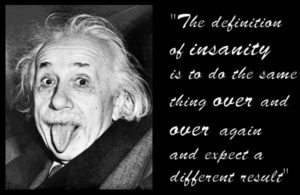 According to the Library of Congress, “Primary sources are the raw materials of history — original documents and objects which were created at the time under study.” In other words, primary sources are firsthand accounts or artifacts of the time period you are studying. Only in primary sources will you know for sure that it is something that actually happened.

On the other hand, secondary sources are created by someone without firsthand experience. Even though secondary sources, like textbooks and scholarly journals, are written by those who know a lot about the historical object or event, they aren’t giving a firsthand account, but are instead describing, discussing, evaluating, or interpreting a primary source.

The distinction between primary and secondary sources lies in the purpose for studying the artifact. 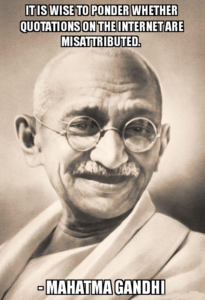 Is a textbook a primary source? Probably not, but it could be. If you were studying how education has changed throughout history, then a 19th century textbook would be the perfect primary source to analyze. What about newspapers? If you were researching the hunting techniques of 19th century Native American tribes, you might be able to find some good firsthand accounts at the Chronicling America historical newspaper collection.

However, for students embarking on primary source research, it is important they know how to identify author bias, for example, in an editorial article. Newspaper articles that are opinionated or editorialized may not be considered a primary source, especially if the author is pushing his/her own agenda. Though these types of articles may not be trustworthy sources for identifying facts, they can be useful for understanding social and cultural ideologies throughout history. 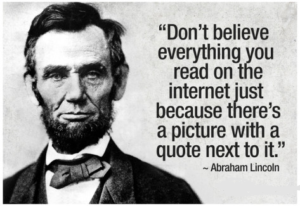 In the 21st century, it is imperative, now more than ever, that people know how to critically think about traditional and modern media. Students who understand the difference between primary and secondary sources will be better prepared to critically think about the world around them, including identifying trustworthy sources and audience, recognizing bias, and objectively analyzing historical artifacts and events.