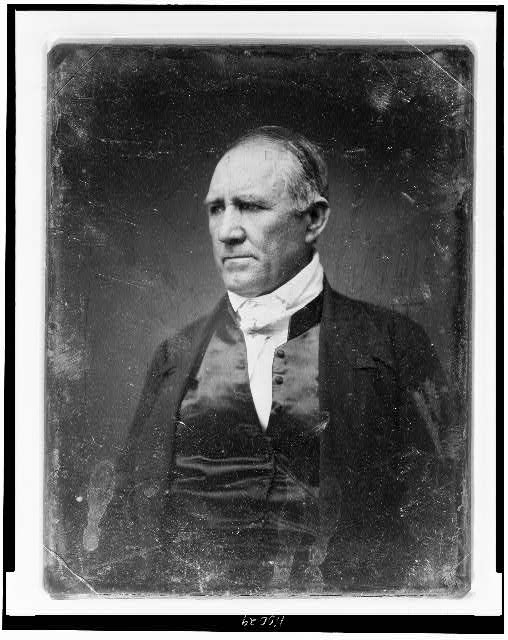 Here is a link to a quick biography of him.

The Library of Congress also has an interesting document from a J. Bovee Dods to Abraham Lincoln recommending Houston be appointed as Secretary of War.  A definite must read.  And since it’s mostly unreadable here’s a transcription of the letter.

I also found a giant presidential campaign poster that features Sam Houston.  His is the bottom picture in the middle of the poster.

Here is another, but a lot longer, primary source on the life of Sam Houston.  From the periodical, “Putnam’s Monthly Magazine of American Literature, Science and Art”.  Click on the “view the page images” to see the document.

And another longer primary source which is also a fascinating read.

Here is a rather fun primary source song titled “Sam Houston and The People”.