This is TPS-Colorado’s first sports post. Being a huge sports fan, I’m really excited to write this. 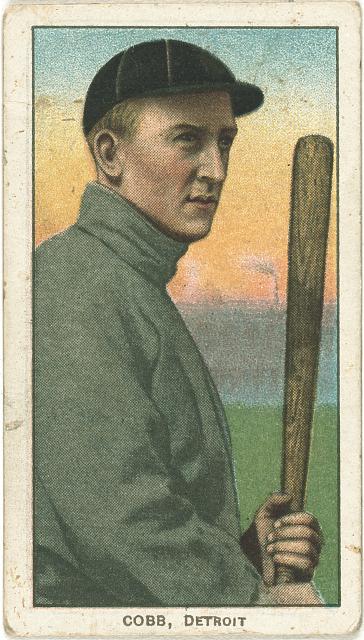 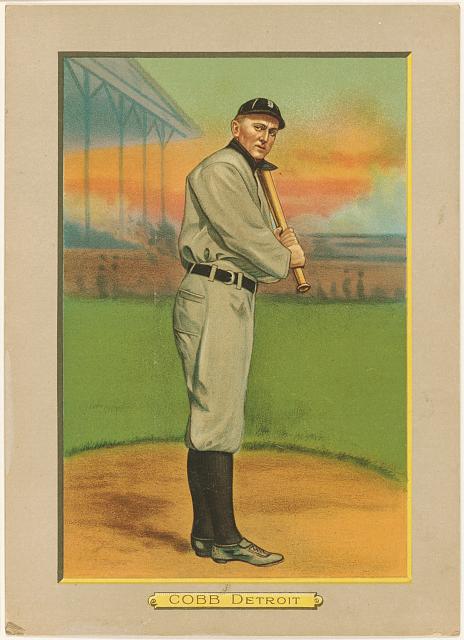 Ty Cobb, one of the most famous (most would say notorious or at least infamous) and hated professional baseball players in history would be 122 today. He was born Tyrus Raymond Cobb on December 18th, 1886 in Narrows, Georgia and would later be given the nickname “The Georgia Peach”.

He was an exceptional outfielder and set over 90 records throughout his career.  To this day he still holds the  records for highest batting average at .367 and batting titles with 12.  He was also named Most Valuable Player in 1911, which was known as the Chalmers Award at the time.  That year he set an AL record by hitting in 41 straight games. There was some controversy, however, with the award, from Baseball Library.com:

It looked as if Cobb would win a fifth straight batting title in 1910, the year auto maker Chalmers decided to award the batting champ in each league with a new car. Cobb had a comfortable lead over the Indians’ Nap Lajoie, but was sidelined the final game of the season. Lajoie was in St. Louis for a doubleheader, needing a perfect day to take the batting title. The Browns, like everyone else, wanted Lajoie to beat out the hated Cobb, and did all they could do to help Lajoie. In his first at-bat, Lajoie got a triple when his fly ball was “lost in the sun.” Lajoie lined a clean single his next time up. Browns manager Jack O’Connor then ordered rookie third baseman Red Corrigan to play deep on the outfield grass, and the swift Lajoie exploited the alignment with six straight bunt singles. The final figures gave Cobb the title, .38415 to .38411, but Chalmers gave both players cars. O’Connor and Browns coach Henry Howell were later fired by the Browns. Ironically, later research revealed that record-keeping errors had denied Lajoie the title.

Here is an interesting story, again from Baseball Library.com

The other apocryphal stories about Cobb, a natural righthander who taught himself to hit lefthanded so he could be closer to first base, aren’t as dubious. For instance: By mid-1925, he had finally had enough of reporters asking him about Babe Ruth‘s awesome home run prowess. Cobb, who had a split-handed grip that gave him more bat control but less power, had a well-known disdain for the long ball and the boisterous Babe, and told reporters that hitting home runs didn’t take any special skill. To prove his point, he slid his hands down to the knob of the bat, Ruthian style, then hit three HR in that day’s game against the Browns (5/5/25). To pound the point home, he hit two more the next day.

He only hit 117 homeruns throughout his career. Here he is talking about close ballgames, homeruns and how to steal a base:

Some more pictures of Cobb from the Library of Congress: 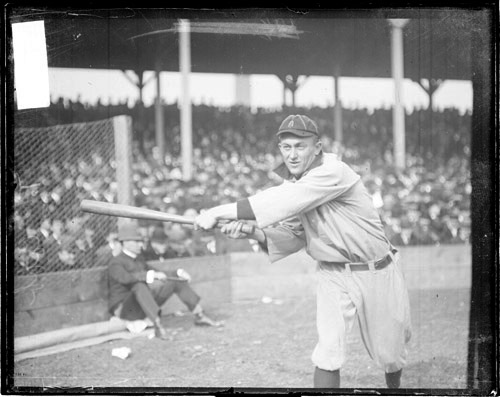 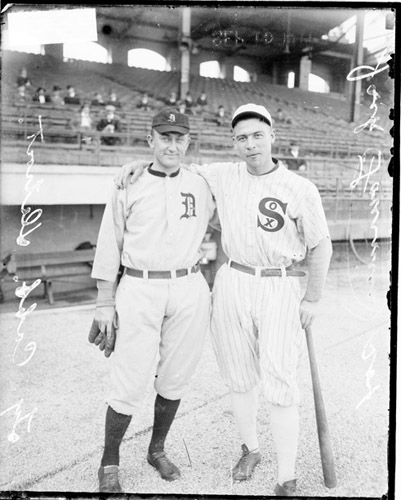 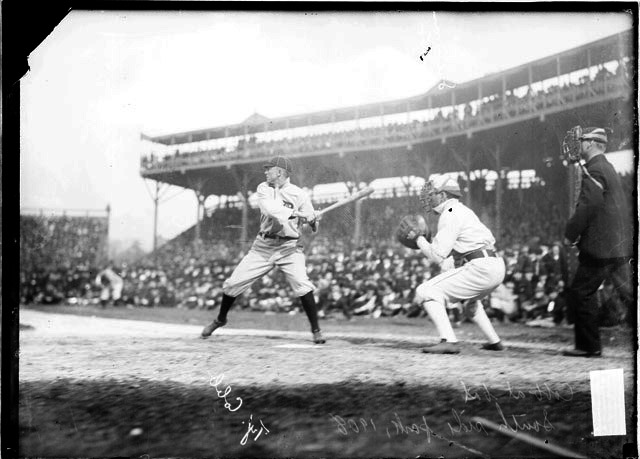 Detroit Tigers baseball player Ty Cobb, batting during a game against the Chicago White Sox at South Side Park

Cobb was just an amazing baseball player and American.

Let us know what you think of our blog posts by leaving some comments!